Scanners are an essential part of so many people both from IT and Non-IT background. It is important that we all know a bit about scanners. Scanners have a wide range of categorization. A lot of what scanners can achieve is not yet known to a wide population. Let us in this article go through the different types of scanners that are available in the world.

Before knowing the types, let us first understand what computer scanners are and know more about their uses.

What are Computer Scanners?

The word scanner is often misleading for the fact that hospitals use more sophisticated scanners than IT. We are not covering the scanners that are used in the medical field, however, we will still cover QR codes and Bar Code scanners as they are still connected to IT, hence the heading “Computer Scanner“. So what is a computer scanner?

Computer Scanner is an electronic device that interprets or converts anything from the physical or analog world to its digital counterpart, in the form of pixels, which can be viewed in any of those electronic devices that supports the display of pixel.

What are the uses of a Computer Scanner?

There are many other verticals, where scanning would be advised based on the requirements. Scanners have created a lot of job opportunities. So, with all these opportunities, let us move to the next section, which is the main reason for coming up with the article.

What are the types of Computer Scanners?

Scanners can broadly be classified into several types. They are:

These are the typical ones that have been there from the initial days from when the scanners were invented. They have a glass bed on which the materials, in this case, a sheet or a photograph, that have to be scanned are kept. These parts are exposed to the optical light that falls on the material and captures them pixel by pixel storing them onto the storage as a digital copy.

Flatbed scanners are mainly used to scan anything flat. The materials that are scanned using this scanner are:

For more details on how to scan photos you can view the following link.

If you or the organization that you work in, demands a lot of scans, you would have already realized by now that how hard it is to scan bulk sheets and photos using flatbed scanners. Each document you have to scan has to be kept on the flatbed and the lid has to be closed before you actually scan.

To fasten this process, Automated Document Feeders (ADFs) were invented keeping in mind the speed. So, how is the ADF scanner different from the Flatbed Scanners. As the name suggests, there will be a place where the materials are inserted, also called as feeder.

These materials are sucked by the scanner and scanned using a similar concept as that of the light in flatbed scanner. The main advantage of this over the flatbed scanner is the speed in which the materials get scanned.

Even here the materials that can be scanned are the same as what we could scan using the flatbed scanner. However, the height can be more than the A4 size sheet while in flatbed it is only confined to A4.

This comes with the speed with which the scanners can size measured by a unit called PPM (Pages Per Minute). On an average, an ADF can scan up to 100 PPM, while the flatbed is confined to a maximum of 5 ppm.

This material will be scanned by the Overhead Digital Cameras. Each time something triggers the cameras, the materials beneath them are scanned and stored into the computer’s hard drive.

The materials that are scanned are not limited to flat shaped ones, instead they can be of any shape. This makes it easier for us to scan:

The scanners we have talked about until now are all bulky ones, in the sense that they are not portable. Some organizations needed small devices that could do the job of a flatbed scanner for a small set of documents. This is when the handheld scanners were introduced.

Even they run on the same concept as any other scanner, the difference lies in its nature. This is a small rod kind of a scanner that can be held by a hand, hence the name handheld scanner.

To operate, you just need to hover over the material that needs to be scanned, and there you go, it gets captured while the button is pressed and gets store in the memory card that is inserted into a place dedicated to it.

Once scanned, the digital content stored in the memory card has to be copied completing the scanning process. This again can scan only flat surfaces like the flatbed scanner. It is mostly used to quickly scan a few documents piled up from the previous day.

We have covered the flatbed scanners and said in our previous sections about how they are scanned. But these flatbed photo scanners cannot scan the negatives or slides (transparencies in the form of reels we used to insert in analog cameras). To scan them we need to have a different setup.

Once inserted, they have to be scanned with both sides emitting light. On one side there will be a light-emitting bar that will be scanning while on the other side, a light helps brighten up the transparency, enabling the LED bar scan.

As it is scanned, the negatives will be inverted making the transparencies look like digital images, ready to be printed.

This is specifically made for books. A V-Cradle on which books are kept without cutting open the spine and two overhead cameras will be capturing each side of the page one after the other. Each page will be stored in the order of the page number mentioned in the book.

These stored images are post-processed using bulk cleaning tools after which a PDF is created out of this. This is a very helpful way to scan books without cutting open the spine of the book and hence this scanner is also called a non-destructive scanner. You can read more about how to scan without damaging a book, here.

Though this reads the analog world entities just like the conventional scanners, the reason behind mentioning the scanner here is because of its power of deciphering the codes embedded using the same concepts as that of a camera which in turn derives its concepts from a conventional scanner.

The processing that it does is known by the name digital image processing, which is a wider topic that I would like to cover soon and is out of scope of this article.

These are the scanners that are used to scan big sheets. Civil Contractors, Building Constructors, Architects, Map Listers and the like make use of such services. They will be dealing with large maps or designs, also called as Blue Prints that will come in sheets that are bigger than A4.

These big sheets are to be scanned using equally big scanners. They will be similar to ADF that I have written about in the previous sections. Large-format sheets have to be fed into the input area of the scanners. The scanners in turn suck the sheets, scan them in the preferred resolution.

This invention has enabled the digitization of a lot of blue prints that the builders and constructors have.

There could be some instances when the photos have to be captured or scanned at the highest resolution when the resolution of a conventional flatbed photo scanner is not enough. In such cases, the scanner that is used is called a drum scanner.

The drum scanner can capture the highest of the available resolutions, by clamping or fitting the photos into a clear cylinder and spinning the cylinder exceeding 1000 RPM (Rotations Per Minute) during the scanning operation.

The concept of scanning is done using similar ways that are used in the flatbed. However, here a light source is focused on the photo pixel by pixel and moves down the drum, line by line. This ensures that the photos are scanned in a higher and better resolution.

These are the scanners that are available across the globe. If we have missed out on something, don’t forget to comment below. It is up to each individual to select the scanner based on their requirement. As we have mentioned in this table above, you can use them for different purposes.

There are many instances where you are scanning a few books that obviously has several pages in it. The main use of getting them scanned is to convert those multiple pages into a PDF and read them using an electronic device that supports it. For this to work, we should be sure of one thing…. 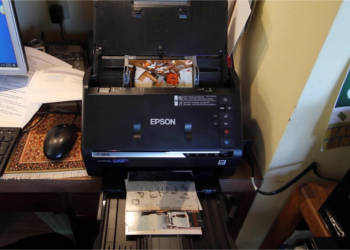 We all like memories, as and when we grow older and older. There will not be a single day that goes without us remembering our childhood and youthful days. The olden days are the happiest when the old memories and moments are relived. This is when our memories play an important role. The main part… 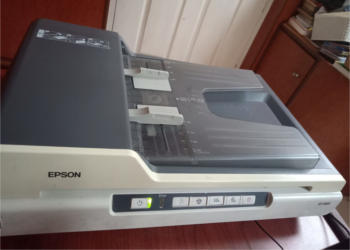 You would have this question when you have a stack of photos from before the digital era, the period of time when the digital camera was still a dream. This is when people used to click pictures carefully using an analog camera that had different sizes of negative rolls, which were developed using a red… 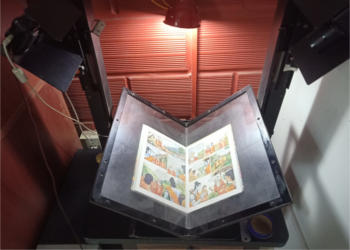 I have a bookshelf and I have enjoyed reading/studying books right from when I started to recognize alphabets. This is the case with most of us who are reading this article. We have always thought and continue to think that reading books is our everyday right and duty because we belong to the lot that…

When we say photo scanning as a service, most of us think that it is an easy process and if we take some time out of our schedule, we should be able to manage it. But in reality, if you think about the quality of the photo scans, then you will realize that it’s way…