Many places across the world have no idea that the negative rolls that were flooded by the market pre-millennium times can be digitized and be made available in such a way that any color printer can print them into a photo like the one below.

Yes, the above photo was scanned directly into a jpeg, that is ready to print. This could be a surprise to many, but it is certainly possible with the available scanners. The quality of output may vary, depending on the scanner.

It was really funny to capture photos from an analog camera. When the camera button was clicked, the cameras used to make a noise and the place where the negative rolls were inserted used to turn to the next film. The new negative film was ready to capture the next still.

If you go into detail, it is the negative film rolls that essentially have the necessary elements to capture the still. This in turn used to get developed under a red light, without which the negative roll gets exposed when kept under direct sunlight or any other bright light.

There are several types of these films coming in different sizes and slightly different materials. Let us try to understand them before getting into the process of scanning.

One standard filmstrip of a 35mm film contains a frame of 4 36mm x 24mm frames. Each frame is numbered with the number printed on the top or bottom of the frame. These frames date back to 1934 which was when they were introduced and became the most popular among the transparencies.

Though these are not as popular as its 35mm counterpart, this was introduced even before that, in 1901. They are around 60.7mm and 61.7mm wide. The spool that holds the negatives was originally made up of wood, later metal, and is now available in plastic. They mostly come in the form of rolls that are of the size starting 30 inches and going till 33 inches.

While 120 films are shorter in length, to increase the number of exposures, in 1965 220 films were introduced, which are double the length of 120 films.

4″ x 5″ large format sheet film are also called by the name photographic film. They are sourced on individual sheets of acetate or polyester film base. You would think this format would be 4×5 inches in size, but it’s not. The sheet size is usually about 100mm x 125mm and the frame size is roughly about 95mm x 120mm. These types of sheets also do not come in rolls. They just come as individual sheets.

Now that we know the types of films that are available, what we should know along with that is we can scan all the three kinds of negatives in scanners that we are going to discuss in the coming sections.

Before going to the process, let us also learn the way they are captured in negatives, in terms of colors. To understand this, the best way is to start with the following exercise:

This is the easiest way to scan a negative and convert them into the format that will be ready to print. But, if you observe closely it will not be of the best quality. There might be the following compromises in the quality:

This is the quality we can expect when we directly scan using flatbeds. It’s not that we cannot correct these errors using software like Photoshop or Gimp, but what we should understand is, it takes a really long time to correct them. Instead, if we purchase a negative scanner specifically meant for such kind of work, especially the one that we use at ScanJunction, Epson V800 (same with V600 negative scanning), it will certainly save a lot of time.

You can also clean the original negatives by reading this article here.

Inexpensive Negative/Slide Scanners if you want to use them

There are other types of fast scanners that can be done using one of the negative or slide scanners available out in the market like:

But never scan the negatives using an ordinary flatbed scanner that is meant for scanning films. To know why, please read this article.

These are pretty quick in scanning for a good resolution. But these are incomparable to the output that you get using a professional flatbed negative scanner where we use some accessories like frames. People who have no idea how professional photo scanners scan try to scan them using these scanners.

To sum up, if you want the best quality (scratchless and true colored) scans, the only way is to get one of the pro scanners and the best one among them based on our experience is Epson V800 or Epson V850 (a more affordable model is of course Epson V600).

So, now that we have found out the best scanner, let us follow the step-by-step guide to scanning a negative film or a slide.

How to Scan Negative/Slides using an Epson V600 or V800

The process is a step-by-step guide for the people who are wondering how to scan negatives with Epson V600 or V800, however, the reasons behind selecting some of these will be very similar in other scanners as well.

There will be one major advantage of scanning negatives with Epson V600 or V800, the fact that it has a special feature called Digital ICE Technology, which will automatically remove small scratches that are a part of any negative. These scratches will be visible only when scanned at high resolutions.

Once these are ready, you need to select the accessory based on your requirement, insert the transparencies, and start scanning using the below-mentioned settings step by step.

Once the features are handled, click on the preview button to show the photos in a low resolution.

The preview can be automatically cropped provided you select the thumbnail option after placing the photos with ample space in between and straight with respect to the rectangle glass.

If you don’t select this option, you will have to manually select the images however much you want the images to be cropped.

Once you get the thumbnail, you can select the adjustments by selecting the thumbnails. The scanner will scan those photos whose thumbnails are selected using the checkbox below.

Once the selection is made, you are good to go ahead in scanning the photos. They will be scanned in the resolution typed with the adjustments selected.

There is a folder icon beside the Scan button. This button has a few options like:

Once the pictures are saved in the deserved format, they have to be checked for errors. The following is the checklist to quality check the photos saved.

Create a folder for each roll of negatives

If you don’t own the photos, stick a label with a number on every roll or slide collection, and create a folder with that number, scan all the negatives/slides of that album, move them into that folder.

This will map the physical roll of negatives with the digital folder, making it easier to search.

The digital memories that you have just scanned are priceless. You will relish and reminiscent each of your old memories in the form of a digital copy from where ever you want to, sharing with your family and friends.

Don’t forget to share these tips with your known contacts as it may help them bigtime.

Scanners are an essential part of so many people both from IT and Non-IT backgrounds. It is important that we all know a bit about scanners. Scanners have a wide range of categorizations. A lot of what scanners can achieve is not yet known to a wide population. Let us in this article go through…

When we say photo scanning as a service, most of us think that it is an easy process and if we take some time out of our schedule, we should be able to manage it. But in reality, if you think about the quality of the photo scans, then you will realize that it’s way…

A lot of people have started scanning their photos and in the process have learned the quick ways of scanning them and other transparencies. But what I have seen in my experience is that they get stuck when it comes to albums. Scanning photo albums is not as difficult as you think it is. There… 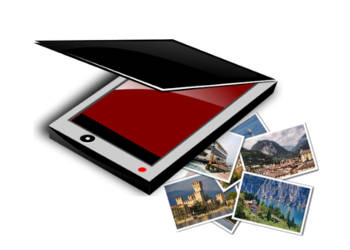 Most of us have analog photos lying at home that takes us back in time, bringing back the happy moments that we spent with our family and friends. Without much scope, we just leave it there and remember this only when we next watch those photos still lying there. This is where the photo scanners…

Every time we look at the photos lying in a room inside a shelf, we are in the habit of taking a resolution that we will complete digitizing them the same year. You can watch this video that we have created at ScanJunction about how important photo digitization is. But wait a moment, this is…